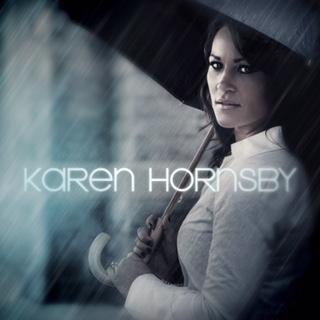 Hans Christian Andersen, the well-known Danish author of children’s fairy tales, was credited with saying, “Where words fail, music speaks.” Poets and singers going back as far as King David have used music as an outlet for those hard-to-express emotions.
But neuroscience does not stop there. In fact, a study cited by The New York Times states the validity of “the ability of music to elicit memory”.  If music elicits memory-and we know that certain experiences come rushing back when a certain song is played-wouldn’t it stand to reason that in the same manner, memories compel the writing of music, taking us back full circle to what Hans Christian Anderson stated in the 1800’s?


Experiences-good and not so good-have led to the writing and presentation of some of the best songs ever recorded, and singer/song-writer Karen Hornsby has excelled in that aspect. Surviving a head on collision, persevering through her husband’s cancer diagnosis and treatment and later, her two-year old daughter’s diagnosis, has led to many good and not so good experiences that are solely responsible for the music on her newly released self-titled CD.  It is evident in our interview that she is a survivor in every sense of the word. She has endured and is better for the journey and she wants to inspire and encourage others along the same path.
MN-Congratulations on the release of your CD!  Tell me a little about the music. Did you write all of the songs and how was the process for you-grueling or liberating?


KH-Thank you!  I did write all of my songs and my music is a hodgepodge of moods and genres.  You can listen to one song on my project and find yourself shouting from the rooftops, and listen to another and be looking for a box of tissues. This is because, as you can imagine, there have been a lot of ups and downs through the last 10 years with the struggles of my husband’s and daughter’s health.  There have been times of victory, and I would write about it, and then there have been times I felt defeated and used songwriting as a coping mechanism to keep from giving up and simply just be vulnerable with my audience.
MN-Many readers will remember seeing your performances on ABC’s Rising Star. Who or what convinced you to audition and were you surprised by the overwhelming support and feedback you received on the show?


KH-Well, as you can imagine, while I was recording the project, my close friends and I were just brainstorming ways we could make people aware of my music and story via social media, and one day one of my best friends sent me a text about a new show she just saw advertised on ABC and thought I should audition for it.  Of course my first thought was that I shouldn’t waste my time and that a show like that would be hard for me to pull off.  However, as you will learn, I love a challenge and my amazing support team really encouraged me and gave me the confidence I needed to at least audition, so I did.  When I received the call back 30 days later, they told me that they were interested in having me come for a call back audition.  I was so shocked by this that I kept thinking that eventually she was going to tell me “Thank you for auditioning, but we will pass.”  However, she didn’t and when I auditioned for the call back they called me back that night to congratulate me on being oneof the top thirty acts for the show.  It was 11:00 in LA and 2:00 am in Jacksonville, FL, but of course I woke all my family up to tell them to buy themselves a plane ticket to LA in 3 months.  So, it was very exciting and I truly didn’t expect to receive the warm embrace that I received from the judges.
MN-Your music is spiritual, emotional, and very deeply moving. That could describe some of the experiences you have had to navigate in your life, as well. You survived a car accident, and both your husband and daughter are cancer survivors. Did you ever wonder if God had given you more than you could handle, and how did you successfully keep your faith in tact after so many tests and trials?


KH-I can’t tell you how many times I’ve had that thought and many others.  Many times I would feel bitterness, hate, jealousy, envy, pain, hurt, confusion, depression, fear and always come back to the very popular questions of “Why?”  What kept me from drowning many times were the people God had surrounded me with, who would constantly remind me of God’s word.  As these people would help lift me up and remind me of the promises of God, it was then up to me to decide what I was going to do with that.  I learned quickly that doctors, friends, and family can only take you so far, and realized there is no other choice but God, and that since He hadn’t answered my prayer, then maybe I should try to find out what He is trying to teach me.  It was at that point that I began to realize there is a purpose in all the suffering.  Does that make the suffering easy?  No, but it does gives it purpose so when special needs moms and celebrities alike tell you with tears in their eyes what a inspiration you are and how your story has just wrecked their life, it makes it sustainable and helps turn some of that pain into a passion to help others through their suffering.
MN-I mentioned that both your husband and daughter are cancer survivors. How are they doing now?


KH-Both are doing well now.  My husband is going on 8 years of remission, and it has been 5 years now for my daughter.  Unfortunately for my daughter, because of the 5 rounds of chemotherapy, Proton Beam Radiation, 2 major brain surgeries, and 3 strokes, her quality of life has drastically diminished over the years, to the point that she is now blind, with very limited mobility, and speech.
MN-The list of performers that you have shared the stage with is pretty impressive. Thinking back on some of those experiences, did you ever have a moment where you thought, “I can not believe I am here. What am I doing here with these talented people?” because I hear that even very seasoned performers get a little anxious when appearing with other successful entertainers.


KH-Hahahaha!  Oh you have no idea.  EXTREMELY nervous and so surreal that I still stumble to find the words.  It does take me back, however, to the previous question of being able to find the strength and drive when everything around me is crumbling.  Sharing the stage with these people was when I felt God telling me that all those struggles and pain I experienced was Him preparing me for that moment and developing my character to catch up to my calling.
MN-You’ve been quoted as saying that you feel your message to others is simply this, “There is victory in the midst of suffering.” To the mom who has just received a diagnosis regarding her child, or the wife who is suddenly caregiver to her husband, what steps can they take towards receiving that victory when they feel emotionally and spiritually depleted?


KH-Find a place where you can talk with God, and ask Him, “What is the purpose for all the suffering?”, and be willing to accept the answer.  When you discover the purpose and realize that nothing you are facing is in vain, and that God is preparing you for a greater purpose, victory is birthed.
MN-You’ve also said that you are in a good place now. Describe what that “good place” looks like and what you hope to accomplish in the near future.


KH-Did I say that?  Hahahaha!  Well . . . I think what I meant by that is I finally surrendered, and quit pushing away the things I didn’t want to do.  I just want to keep growing in my faith and continue to learn from my family’s experiences so that I can come behind those who are hurting and help carry them through their journey.  I feel like part of my purpose is to take what I’ve learned, share it with others, so that it will hopefully help them find their purpose.
You can connect with Karen on her website and on Facebook.